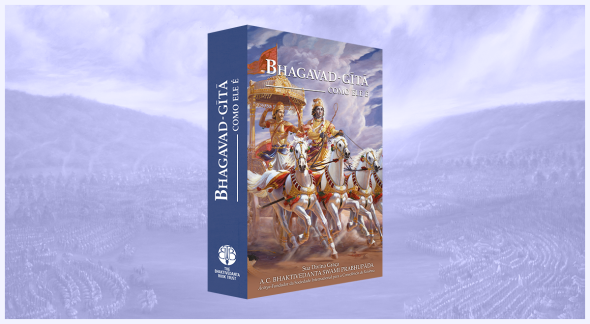 You have Srila Prabhupada’s request to publish his books on Krishna consciousness as much as possible to reduce ignorance and suffering in the world. In addition, you have the followers of Srila Prabhupada with that same desire, asking you to please publish Bhagavad-gita As It Is, Srila Prabhupada’s most popular and important book, at an affordable price, so that it can get popularized as much as possible. It seems obvious what you have to do: publish the book of Srila Prabhupada. But nothing is easy. You are the president of a BBT Brazil that does not have the financial resources for a large-scale print (what is necessary for a book to be cheap), a BBT Brazil in which the distribution of books by devotees, is almost non-existent. What would you do in the face of this dilemma?

This situation was actually experienced by Nanda Kumara president of BBT Brazil. Asking himself what to do, he says that one day he had an “epiphany”.

“When replying to a devotee who asked the possibility of joining a number of people for an advance purchase and a possible impression, I thought: why not try a crowd funding campaign?”

Better than to have BBT team organizing a platform for crowd funding, Nanda Kumara considered it better to use existing platforms, and there was only advantages: if the daring goal of R$151,000 (46,000 USD) was not reached, the platform would return all the money to all supporters at no charge to BBT. Another advantage is that it would transmit great professionalism and confidence to those who wanted to invest.

Once decided the crowd funding platform, it was, of course, just the beginning. Now it was necessary to think of many numbers: how much to invest in the campaign, what would be the quality of the book and many details. Finally, it was decided to print 10,000 copies of an unabridged Bhagavad-gita As It Is, in 13.5 x 20.5cm, but with only 800 pages, something possible through good text formatting, and 16 colorful illustrations. And the budget was distributed in 63% for printing, 15% for shipping (remember that Brazil is a country of continental dimensions), 13% required for the crowd funding platform, 5% for taxes and logistics and 4% for small gifts for the supporters.

Nanda Kumara says that the biggest challenges were actually “to design the project, to establish the administrative organization of the project and quantify real and feasible values ​​so that the project could be sustainable.” 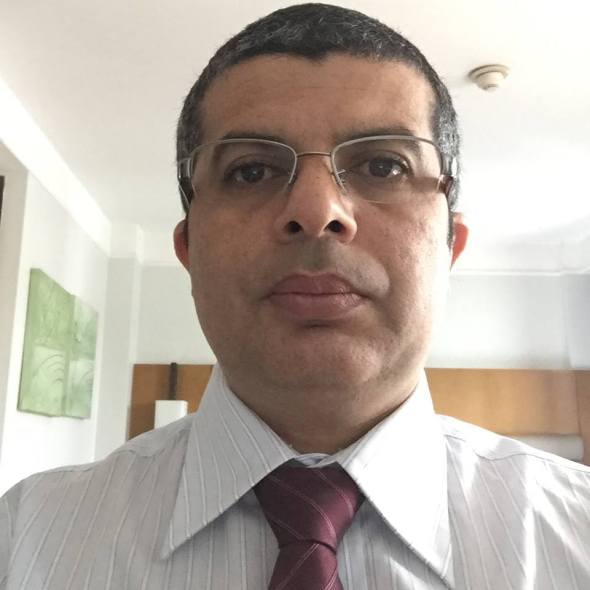 Launched the project, for two months would the supporters follow the donations progress bar: 5%, 10%, 12% … The day of greatest enthusiasm came when the most active spiritual leaders in Brazil went to the public asking their disciples and every Bhagavad-gita As It Is enthusiast to help. Chandramukha Swami, who has a very efficient communication system, posted a very motivating video. At his video, he said: “Hi, my friends! Today I am here to speak of an absolutely transcendental campaign, which is the campaign to print 10 thousand Bhagavad-gita As It Is. This is a call to everyone who follows me on some social network: on Instagram, Facebook… everyone who usually listens to my podcasts… All the time I mention this book, which has transformed not only my life, but the lives of millions of people. And you have a golden opportunity to do a devotional service to Krishna, the opportunity to help us reaching the goal.”

After posts like that from our leaders, in a very short time it was raised thousands of reais for the campaign.

At one point, however, the campaign seemed to cool down. That bad phase was well recorded in these words of Purushatraya Swami, posted on a social network: “We cannot even think of not having Bhagavad-gitas… That would be the pits! Let’s join forces. Everyone can help in any way they can. Everyone wins. Today’s score [26 days from the end of the campaign] records only 31% of the goal. Attention: the result is well below expectations. This is worrying”. Purushatraya Swami then ended his message showing his believe in the strength of the gratitude of those who had their lives changed for better the teachings of Krishna and Prabhupada: “Well, I have hopes that the devotees who owe the sanity of their lives to Srila Prabhupada will not let this tragedy happen. Come on! It’s time to repay what Prabhupada did for us!”

Camila Loricchio, marketing manager for the campaign, explains that the team felt the cooling down of the contributions. At the same time, she says that it was something foreseen and they knew how to deal with it. “Considering that the goal was a great amount of money and that a lot of people probably would have difficult with the platform, we were already prepared for some impasses. The progress slowing down was one of the foreseeable problems. It was important that we keep the same excitement from the beginning, continuing the marketing, meetings and asking for a variety of people to help us publicize the campaign.”

The hope of Purushatraya Swami would become reality, then: a few days after the “stagnation”, the campaign would take a new breath and reach 75% of its goal, with a total of almost 300 supporters!

And finally, when there was only 3 days till deadline, the campaign reached its goal! During the last 3 days, the goal would even be exceeded, reaching the figure of R$170,000 (52,000 USD)! This way, it was even possible to offer a better edition than the one promised. Without any extra cost to the supporters, BBT will publish the book with a paper of better grammage and cover with French flaps.

It was said at the beginning of this article that the crowd funding campaign was a necessity due to lack of resources, but it is wrong to think that this way of publication does not have its own advantages. Certainly the BBT would not have sold more than 5,000 Bhagavad-gitas in two months, as it did through the campaign, if it had published and sold the book by the conventional way. More than this, a publication in the traditional way would not have revealed in the devotees and other Bhagavad-gita enthusiasts the power of cooperation that has always been latent in them. Nanda Kumara comments on this unity, what he considered the greatest achievement of the campaign:

“Without a doubt, the most exciting element of the campaign was to see the cooperation of the devotees, regardless of affiliation, leaving their differences aside and uniting in a common purpose. It was possible to see how Prabhupada’s books are powerful and go beyond anything we can imagine. They are not just books, but tools for individual and collective illumination”.

Giving a conclusion to our interview, Nanda Kumara says: “My greatest realization in this campaign was seeing that Krishna does indeed what He describes in the Bhagavad-gita. The battle is already won; He only wants us to be an instrument in His mission, but we have the option of not taking part, of giving up, but, nevertheless, it will happen, because it depends on Him. I am very happy to see the great possibility that is emerging for a new structure and moment for BBT Brazil.”

With this success, will new campaigns come? Nanda Kumara guarantees: “That is for sure”.